As a graduate of the University at Buffalo with a BA in Theater Performance and Arts Administration Jenna had the great fortune to study Meisner under Tony nominated actor Stephen McKinley Henderson and Greg Natale. A comedy aficionado, Jenna studied stand up and improv under Oliver Double at Kent University in Canterbury, England. She then completed all levels of improv training at Second City in Toronto and worked as a stand-up comedian in Toronto and Buffalo before making the move to NYC in 2009. Jenna joined Judy Boals Inc. in early 2010 as an intern and quickly moved up to assistant, to Jr agent in less than a year and is now a partner in the expanded Boals, Winnett & Associates. Boals, Winnett & Associates is a legit talent and literary agency with clients currently working on Broadway and National tours as well as TV and film. Currently Jenna has clients on TV and Broadway. Boals, Winnett & Associates is looking for diverse actors interested in stage and screen work.

Jeremy Leiner is a senior talent agent at Nicolosi & Co., working with an exclusively signed client list. He represents actors in Television, Film, and Theatre.

Erika Karnell – BRS/Gage
Erika Karnell is an agent with BRS/Gage Talent Agency, a bi-coastal agency representing actors in the areas of theater, film and television. BRS/Gage clients include series regulars and recurring actors on Station 19, Claws, Curb Your Enthusiasm, Girls, and Madam Secretary, as well as guest stars on such shows as NCIS: New Orleans, Elementary, Gotham, Mr Robot, Brockmire and Longmire, among many others. BRS/Gage clients currently appear in nearly every musical on Broadway, including leading roles in Oklahoma, Come From Away, Aladdin, Hamilton, Waitress, The Lion King, and Moulin Rouge. 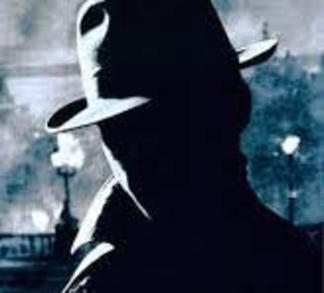 ​​Designed mainly for musical theatre actors, this night is unique among agent panel events in NYC. This is an opportunity to be seen by four legit NYC agents at once and get valuable feedback on how you are perceived by the industry - and maybe get an agent! We work with a wide variety of agents throughout the year giving you an opportunity to find your ideal agent/talent relationship and to learn important information about your presentation. This event takes place about 4 times a year.

Actors will arrive at 6 pm and run through their song(s) alone with the accompanist. Agents will arrive at 7 pm. Actors will reenter the room one at a time in the same order they rehearsed, presenting their material to the Agents. Agents will fill out feedback forms on each performer during and just after each performance. After all performers have been seen, everyone will reenter the room for a Q & A and feedback forms will be distributed.

Each song is an audition cut of approximately 32 bars and monologues should be no more than 1 minute. Each actor may do either 2 contrasting songs or 1 song and a monologue.

"Just wanted to update you - I recently signed with Bob from ATB thanks to the Actor's Loft Agent Night!  Thanks for helping to facilitate this career move - greatly appreciated!"  - Carver Duncan

"I am now with John Shea at FBI on a freelance basis. Thank you so much for everything you do. It truly means a lot to us lowly actors. Thanks again!" - Darian Peer

"When I attended the Actors Loft "Agent Night" my expectations were passed. Mary, who runs the actors loft, was welcoming, warm and ran the workshop passionately.  The feedback I received from the agents were immensely helpful and encouraging. Because of this workshop I was signed by one of the four agencies that attended that night and now have an agent that I really resonate with and will help me further my career. I highly recommend taking this class, if not only for the feedback, it will make you as an actor really realize what YOU bring to the table and how the professional theatre community perceives you! Oh, and it was a BLAST!" - Lexi Lyric

"I received two responses from Actor's Night. After e-mailing and meeting with them both, I am currently freelancing with Zane at Daniel Hoff Agency whom I met at our Agent Night session. I appreciated the thoughtful responses from the other agents as well. No more do I have those sinking questions "how did I come across in the room" or "how do I read as a first impression", because all of those questions are answered in the Agent's feedback! Things are going well so far, so I am thankful that I was able to attend the evening (which was very much in my price range.) I have recommended your upcoming on-camera class to friends of mine and given several more recommendations for Agent Night, as well. Thank you for providing a great opportunity for actors to make this crucial connection!"  - Larry Owens

"I just wanted to say thank you for an awesome learning experience last night. I got some great feedback that I can take away and work on.  Ill be sure to recommend the class to friends who are looking for representation.  Ill be taking the Bob Cline session, so I'll look forward to working with you again soon!" - Samantha Disney

"The night was so streamlined, and very easygoing! The chance to run through the pieces beforehand in the space was invaluable for getting comfortable and for setting my nerves at ease! I really liked the comment forms distributed to the agents as well; the feedback was so great and informative. Thanks again for a great opportunity!" - Jocelyn Lonquist